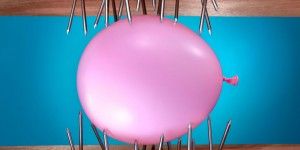 I’ve been disturbed recently at what certifies in the movies as a PG, 12, 15 or 18 audience.

Last month I gave feedback to Cineworld having been in a 12 movie with my friend and one of the shorts shown was clearly a horror. He and I both got a fright watching it and he actually screamed out loud (don’t tell him i told you!). I’m really careful about what I choose to see at the movies. I watch nothing over a 15 because I just don’t want to have violent or explicit images in my head. When Cineworld replied they confirmed that that short was actually rated a 12. What?! Unbelievable.

Same thing again last week, myself and my teenage daughter watched the second movie in the Maze Runner series. In the first movie the enemies were technological (mechanical spiders); in Scorch Trials (cert 12) the enemies are maimed zombie humans with petrified bodies and blood-dripping mouths, programmed to hunt down healthy humans. It’s proper frightening!

My daughter shut her eyes and ears for most of the zombie bits, but didn’t miss all of it, then couldn’t sleep that night. Several times the next day – even having played sport, read her book and talked with friends – she said the images where bothering her and asked ‘could you get rid of them for me’. After some discussion, I took her through a quick 20-minute process which de-sensitised the memories and allowed her to move forward without any underlying trepidation or fear.

The fast and powerful Human Givens ‘rewind’ method doesn’t remove the memories, but it does detached them from triggering the exhausting ‘high alert’ response that can stimulate more fear and stop healthy sleeping.

In contrast to movie fiction, scores of clients have come to see me with vivid memories of real-life traumas. Some have been in active service (Afghanistan, Iraq, Ireland (historically), Serbia) some have suffered domestic abuse (physical or emotional), some have a trauma from a divorce or an infant death – whatever the source, a trauma can be devastating and frightening for the person suffering with it.

Symptoms of trauma can include:

Millions of people appear to manage to keep together the appearance of ‘normal life’, even with an underlying trauma. They might be raising a family, holding down a job or doing outstanding voluntary service. You and I might never know.

But here’s the thing. It’s hard to build a skyscraper on cracked foundations. One floor’s possible, two maybe, but as time goes on it’s more and more likely that something’s going to collapse.

If you or anyone you know is suffering from a recent or historical trauma, please know that it’s not a long or drawn out process to restore the foundations of your life to being strong again. With Human Given’s therapy, it can happen as quickly as two or three hour-long sessions. I’ve had ex-service people seek help with Healthy Chat having struggled for decades. Most are clear thinking, confident and re-building their lives confidently in less than a month. No medication. No long, drawn out discussion about the event itself.

Our children are learning to ask for help as soon as there’s an issue. As teenagers, adults and pensioners, for our emotional and mental wellbeing, we must learn to do the same.

Ex UK army, navy & airforce men and women suffering from PTSD can contact a charity called PTSD-Resolution . They use only Human Given’s therapy because they know it’s 3 times more effective than the next most effective therapy. They’ll tell you where your nearest therapist is located and in many cases can fund your treatment for you too. Good luck.